The Borough Hall and Meridian House together were originally built as the Greenwich Town Hall.

Pevsner described it as, "the only town hall of any London borough to represent the style of our time adequately" (Pevsner).

The Grade II town hall was built in 1938-39 by Clifford Culpin and is in a Dutch style inspired by the architecture of WM Dudok and of his Hilversum Town Hall (1928-30). The building remained the headquarters of the Metropolitan Borough of Greenwich until the borough was merged with Woolwich to form the London Borough of Greenwich, with its new local seat of government at Woolwich Town Hall, in 1965. After the town hall ceased to be the local seat of government, it was extensively altered to create floors in the area of the council chamber in 1974.Renamed Meridian House it became the home of the Greenwich School of Management until GSM went into administration in 2019.

Tim Barnes and I met at Meridian House with the representative of the prospective developer, the architect, and with the current building manager, to hear about proposals to redevelop Meridian House. This will not include the Borough Hall which is being marketed and will be developed separately. 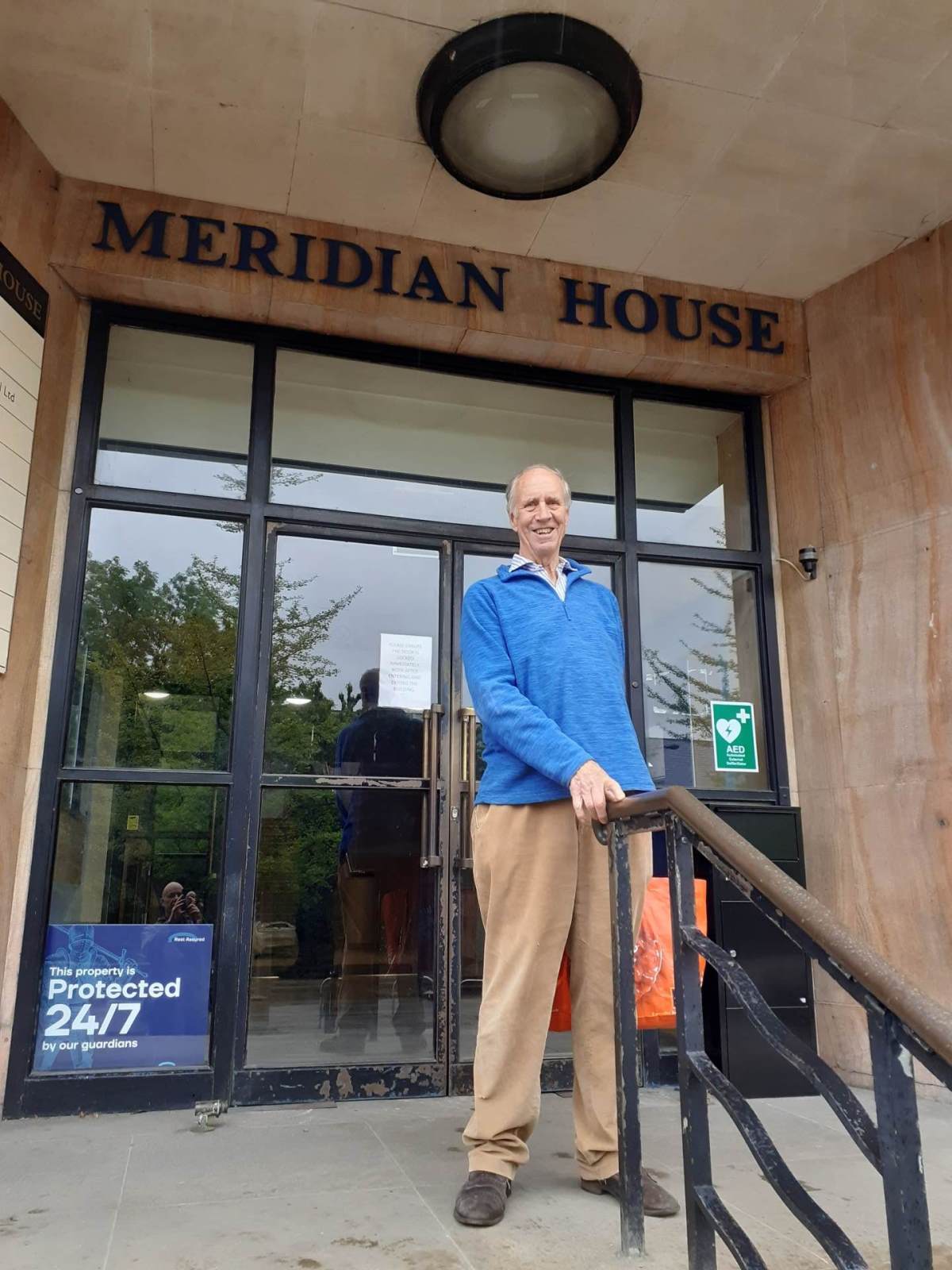 One exciting aspect of the proposal is to bring back into the use the viewing tower above the building and to allow public access to it. Although there is a lift shaft this does not meet current safety standards so any access would be by a narrow stair case only. Tim and I were taken to the viewing tower and were greeted with spectacular views (in spite of the rain and a generally gloomy day). 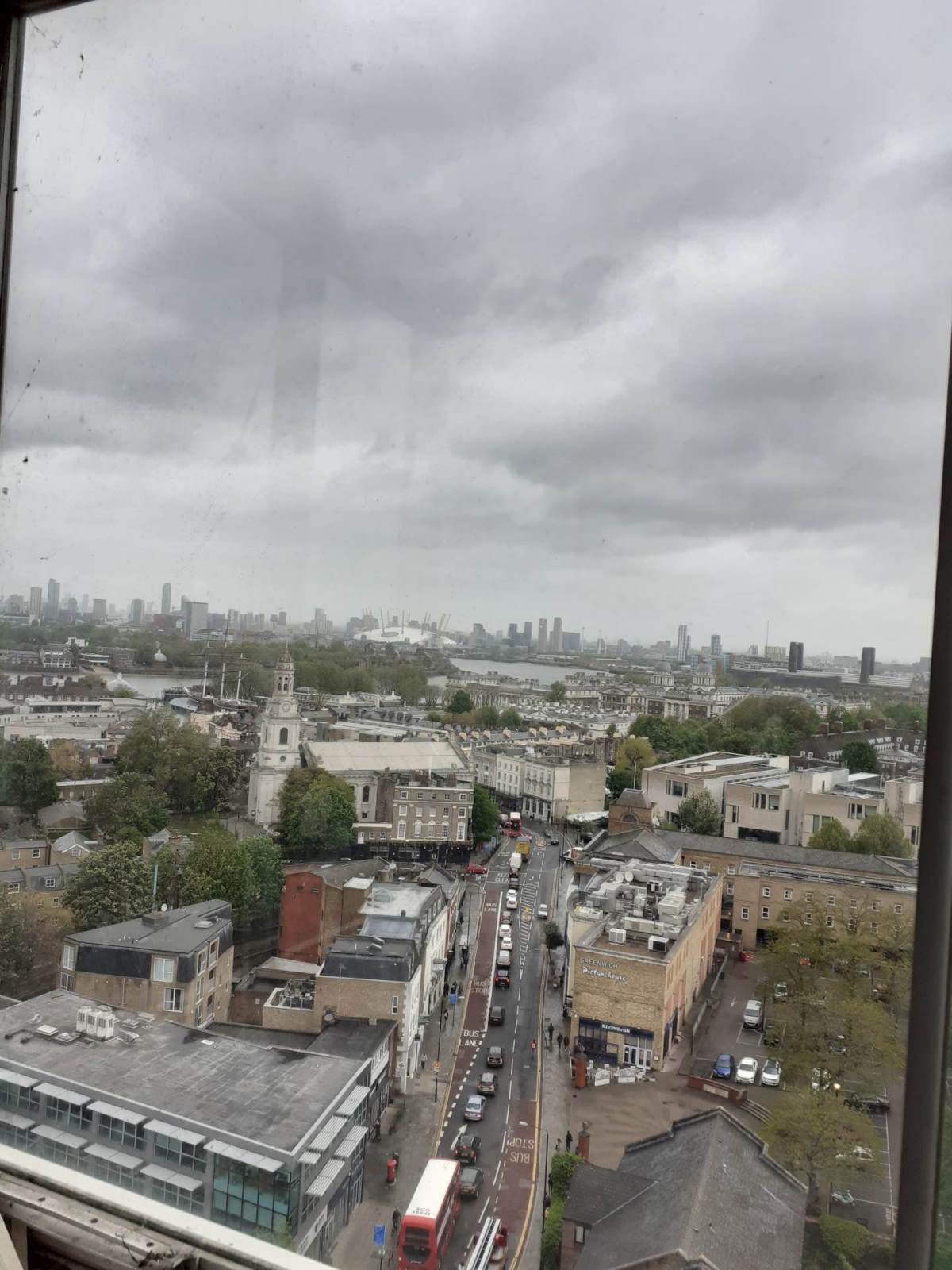 The developers hope to have a public exhibition at some point in the summer and to make a formal planning application in the later summer/early Autumn.

We will track  the planning process once this is commenced.